Hi. Welcome to the beautiful city of Laguna Vista. My name is Nadine Smith and my family and I have been citizens of this great city for 11 years. I have been a city council member since 2015 and will be the new mayor come November 2020. I truly love serving this beautiful city and have found great pleasure in learning the ins and outs of how a city succesfully functions. I have all intentions to continue to not only serve it well, but help make it as wonderful as it can be. I was born and raised in South-Africa and even though it is a wonderful country it is rife with crime, corruption, and economic failure. Having seen that and living in it, I am very thankful to now live in this great country and I intend to serve it well.

In South-Africa, I completed what is comparable to an undergrad in cardiology with the intention to go to medical school. But God had other plans. In 2002, my final year, I met my husband Greg who was completing a fellowship there at the time. We got married in 2003 and moved back to the US that same year. Even though he is initially from Ohio, we chose to settle in the great state of Texas. So yes, I was not born in Texas but I got here as fast as I could

We initially lived in Amarillo for 7 years, but after visiting down here numerous times to fly fish and hunt, we could not resist the pull any longer and in 2009 decided to make Laguna Vista our permanent home. God has blessed us with 3 wonderful children Savannah(14), Luke(12) and Jesse(9). Now that our kids are bigger and with the desire to learn still strong in my heart, I re-enrolled in college and am currently completing a BSc in Environmental Science with a minor in biology. I am passionate about many things but primarily God and my family. I love nature and hiking, and any adventurous sports. I have completed several Spartan and mud races and have no intention to stop especially now that I am in my 40’s. I like to fly fish (yes, I have a 2nd place finish in the TIFT whoop whoop) and also love to cook and travel. Thai cuisine is my favorite food and also my next dream country to visit. I am an avid gardener and you will often find me in my yard digging out the weeds or pruning my hibiscus bushes. 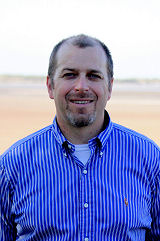 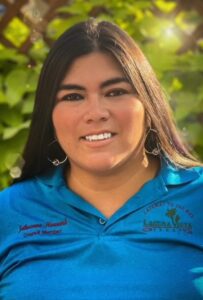 Johvonne Hernandez Howard was elected to represent the City Council of Laguna Vista in May 2017. During her time on City Council, she has been a champion for public health, open and transparent government, and inclusivity for all residents.

A life-long resident of Laguna Vista, Johvonne Howard, was raised in the Laguna Madre area but will always call Laguna Vista home. Her late father, an Army veteran, and her mother, an educator, instilled deep roots of service to the community.

She currently is an educator in special education and serves in several other capacities within the campus. She is a mother of two and her and her husband decided wholeheartedly to raise their family in Laguna Vista. With a strong belief in “service before self,” Johvonne thanks all of her neighbors in the town of Laguna Vista for their confidence in her and is blessed to represent them. 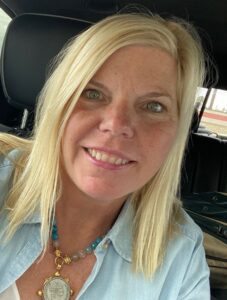 Chef Bettina Ridolfi Tolin is currently the owner and Executive Chef of Marcello’s Ocean Grille & Spirits, overlooking the historic lighthouse in Port Isabel, Texas.  As a graduate of Le Cordon Bleu College of Culinary Arts in Austin, Texas, she is classically trained.  Prior to joining Marcello’s, Chef Bettina cooked in the kitchens of the Ritz-Carlton, Amelia Island, Florida. Her philosophy on food and cooking is one of classic simplicity, “food should be simple, beautiful, fresh and delicious”, she says.  Chef Bettina hails from a long line of restauranteurs.  Her grandfather, Ben Ridolfi, owned Italian restaurants and bars in the 1940s and 50’s.

The daughter of Rick & Gloria Ridolfi, a career Air Force family, Bettina was born in Dayton, Ohio, and consequently lived all over the world.  Her mother’s family is from Brownsville, which despite the Military family moves, allowed Bettina to enjoy the Laguna Madre area as a young child and every summer throughout her life.  Bettina graduated from Annandale High School, in Northern Virginia.  She earned her bachelor’s degree in Political Science from Hollins University, Roanoke, Virginia, in 1985.  She continued her formal education with Graduate studies in System Management at USC and the Darden School for Executive Management at University of Virginia.

After college, she began her professional career working for the Defense Department in Navy Acquisition and Logistics within the Department of the Navy.  She lived and worked in the Washington D.C. area as well as San Diego. CA supporting the Tomahawk Cruise Missile Project.  As a project manager, she developed and executed plans to procure, install, and support major weapon systems at fleet training sites.

She later joined Science Applications International Corporation, in San Diego, CA. working on a variety of classified Government projects and initiatives.  Spending 14 years with that employee owned company, she advanced  to Corporate Vice President before being recruited to Northrop Grumman in a similar capacity.  It was here she met her husband Tony Tolin, the love of her life. Sadly, he was lost to cancer shortly after they married but they did get to enjoy a few years of happiness, love and adventure together.

In 2008, Bettina moved to Laguna Vista and purchased her within the South Padre Island Golf Course Community. I was born and raised in Port Isabel, and I am the youngest of seven brothers and sisters. I enjoyed the Laguna Madre area as a child and young adult before the construction of the Queen Isabella Causeway.

I remember waking up in Port Isabel in the late sixties and early seventies and hearing the waves crashing on the beach of South Padre Island. After the bridge was opened in 1974, South Padre grew rapidly and the sound of the waves slowly faded as the Island grew.

I graduated from Port Isabel High School in 1980 and headed toward Austin, Texas where I spent eight very important, formative years of my life. While attending the University of Texas(UT) I did work study and teamed up with Dr. Joseph C. Carter as an assistant to UT Austin's Excavations in Southern Italy. While leading an international team of artifact historians and classical archaeologists, I lived in a small resort town in South Italy by the name of Metaponto. After that, I transitioned to working with the Dean of Student's at the University while I completed my education and received an M. Ed. in counseling psychology.

While in Austin I met my wife Maggie Garcia from Dallas. Maggie and I shared a vision of love, work, family, and fun. We were both committed to serving as educators in the Point Isabel and Los Fresnos school districts. Twenty-five years later we are the proud parents of Aaron, Brisia, and Monica Gonzalez. Like myself, my children have enjoyed the small town charm of Laguna Vista while also having access to the bay and recreational activities that the Lower Laguna Madre offers its visitors. I have been humbled by these blessings, and I would like to return the favor to this great community.

I believe the city of Laguna Vista will be facing some important decisions in the near future that will impact the quality of life of its residents. Although growth in our area is going to continue, it is important we move ahead with caution and make decisions that serve to maintain the friendly disposition of our charming community.

One thing I learned while I was in South Italy was that a small community can lose its charm when it gets too crowded and congested. I believe that we can continue to modernize intelligently. We can respect the natural resources of our beautiful Laguna Madre, and we can make decisions that will protect our small town quality of life in Laguna Vista. My actions as a councilman will be guided by these principles.